I have decided to join in with Dan’s suggestion for this week’s door theme and bring you some of my favourite doors from a holiday we had in Italy in August 2021. You might well have seen these doors before, but I don’t think that matters too much. In these pandemic days we can only dream of future overseas holidays or reflect on holidays past.

I hope you enjoy this selection:

It is actually rather nice to unearth these doors for you and this post inspires me to keep hoping that our trip to Italy in 2018 will not be our last.

If you have made it this far, you probably like doors, and you really ought to take a look at the No Facilities blog by Dan Anton who has taken over the hosting of Thursday Doors  from Norm 2.0 blog. Links to more doorscursions can be found in the comments section of Dan Anton’s Thursday Doors post. 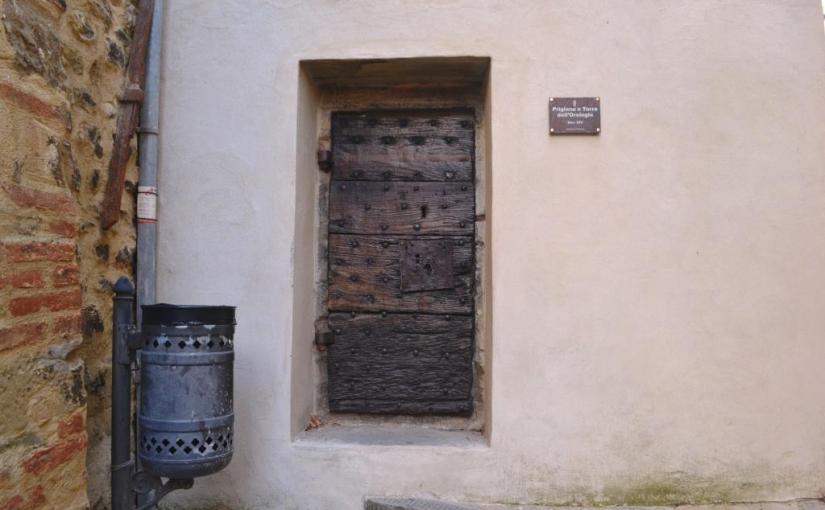 Only one door for you this week, but it really is a pretty special door. Sited at the base of the ‘prigione e torre dell’orologio’ (prison and clock tower) at the north end of Piazza Fortebraccio in Montone, this rather small ancient door opens into a prison cell.

I am not sure how old the door is, but the tower dates back to the 14th Century.

More doors next wek I hope.

The final instalment of doors from Citta di Castello, Umbria, Italy, where I (not so recently any more) spent a week with my family on our summer holiday. ‘Citta’ was the nearest city to where we were staying and is a place that we have visited many times over the years. This area of Italy is a particular favourite of ours, but this is the first time I have visited with a ‘door chip’ inserted. There is a little more to some of these doors than first meets the eye.

This door was the entrance to some apartments and played host to tons of small tags and graffiti. Most of the other doors on this main shopping street were not afforded the same attention.

There are many views and scenes in Italy that unsurprisingly remind you of some of the great Italian artists – the door below and the archway leading up to it and all the colours and shadows screamed Giorgio de Chirico to me.

I did a little research on the next door, because there was something about it that was rather special. It is in fact a door of the dead, and thanks this post on the fabulous website Experience Tuscany and Umbria, I can tell you a little more about it. The door dates back to medieval times and would usually be set to one side of the main dwelling entrance. It was only ever used for taking a deceased body out of the home in a coffin, after which the doorway was bricked up on the inside to prevent death from returning. I believe that many of these doors can be found in old Italian houses.

The final door is another rather peculiar one which was in the wall of the crypt of the Cathedral of St Florido and Amanzio by the exit. It was an iron gate, not very special in its own right but it was what lay behind it that was a bit creepy.

I have been to catacombs and many crypts and have seen many skeletons and relics and expect this kind of thing in Italy, but this display was simply weird. The cellar room had a scene reminiscent of Pinocchio, presumably something for children to look at, but in my view the stuff of nightmares. Interesting nonetheless.

And that’s it from Citta di Castello…more Italian doors soon. 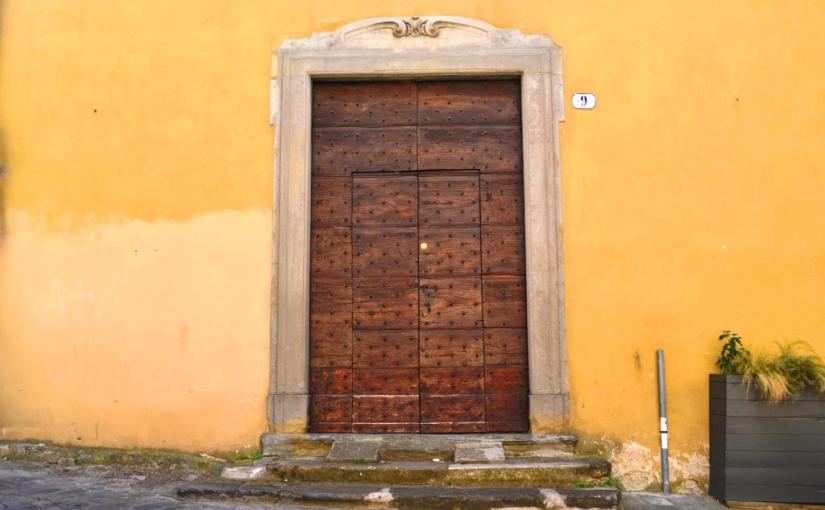 This is the second instalment of doors from Citta di Castello in Umbria and a nice reminder for me of our recent summer break  – I must try to hang on to that holiday feeling for as long as possible to see me through the winter. Some nice ones here, I hope you enjoy them. 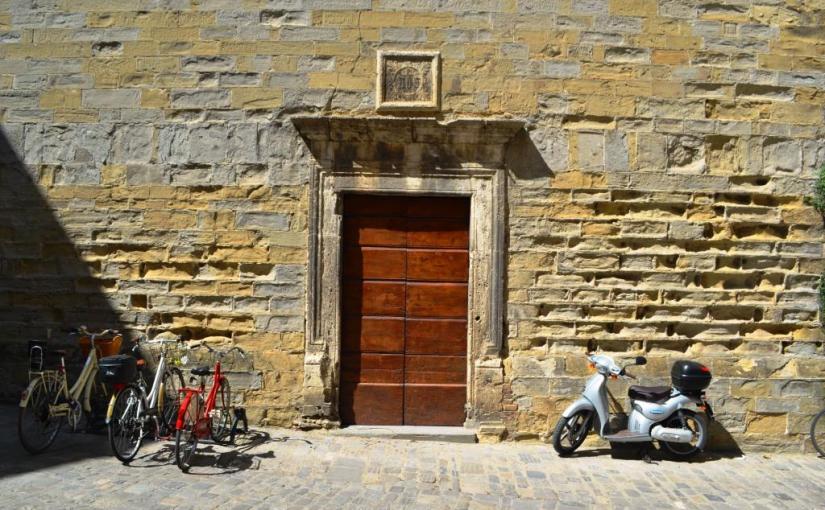 I hadn’t realised that I had taken so many pictures of doors in Citta di Castello, Umbria, Italy during a recent holiday there, so I have had to break down this post into manageable chunks. This is chunk 1. Enjoy.

as brick after brick tumbles; 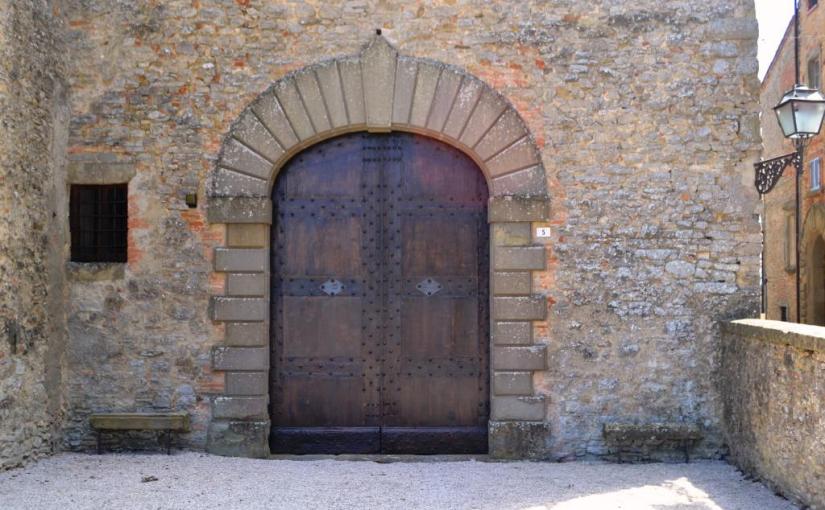 This week I offer you another little gallery of doors from a recent trip to Umbria Italy. This set of doors are from a small hilltop town called Monte Santa Maria Tiberina, nestled between Arezzo to the west and Citta di Castello to the east.

We used to visit this area quite frequently in the 1980s and 1990s and I recall the town forever playing host to a couple of large cranes. These were lovingly (and slowly) restoring the whole town and some of its buildings. The cranes have gone now, thank goodness.

Some doors are the originals, but you might notice that the feature image, for example, is a faithful reproduction. I love the way this little town has retained its heritage without giving in to the trappings of modern urbanisation (apart from the rather unnecessarily ugly interpretation board below).

road, sunlight cuts through the trees;

of an Italian trip