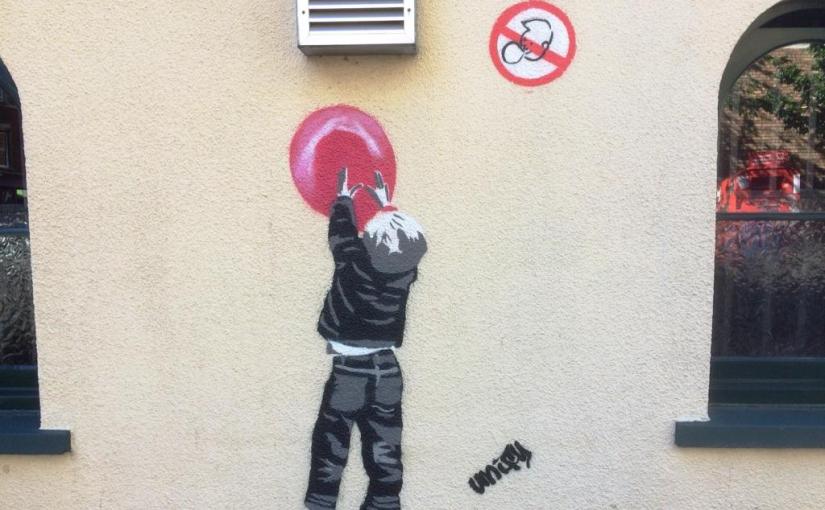 My wife told me yesterday about this very recent stencil work on the wall of the Highbury Vaults pub in Cotham. It is in good company, being just a few yards away from ‘Vandalism’ by Nick Walker (will post this soon).

The bubblegum boy is by Unify, an artist who appears to work in London mostly, but has done works around the world. I’ve not seen any others in Bristol, but that doesn’t mean they are not there.

It is difficult to find out much about Unify, although there is a website.

UPDATE – Somehow I lost all the original pictures of this piece, but have since photographed it again, and it is still in pristine condition. The original post was written in August 2015 and the photographs taken in June 2016.