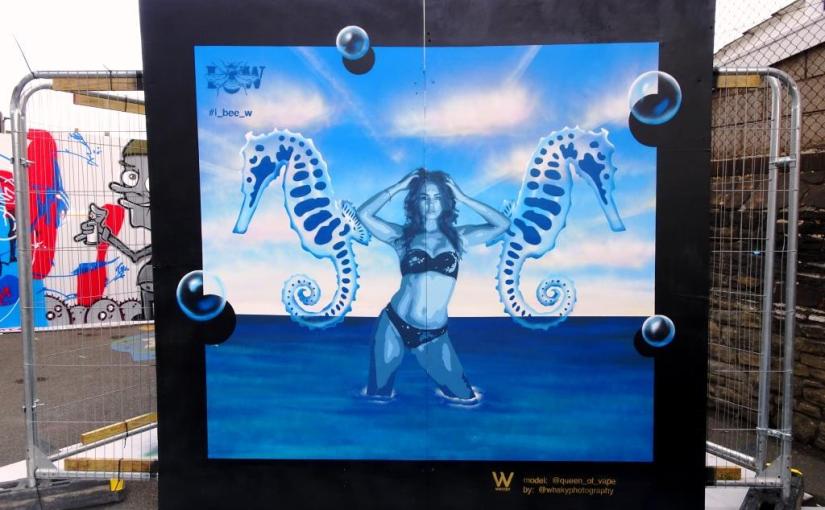 Way back at Upfest 2016, I bee W was the first street artist at a festival that I had the courage to speak to, shortly before I spoke with Dice 67 (who I later went on to conduct my first, and so far only, interview). Turns out that the vast majority of street artists are lovely people and even at festivals make time for a quick chat.

I bee W is a stencil artist whose stencils are often placed on carefully crafted or textured backgrounds and so become part of something bigger than the stencil alone. There is a story here, but I’ll be damned if I know what it is. A lady in a bikini bookended by a pair of seahorses. It is a pretty piece albeit slightly surreal. I have a few more of his pieces lurking in my archives, so I’ll have to dig them out.

That rounds off this series of ten Upfest 2018 catch up posts, but I’ll be doing more over the autumn and winter as there are still so many I haven’t yet posted.