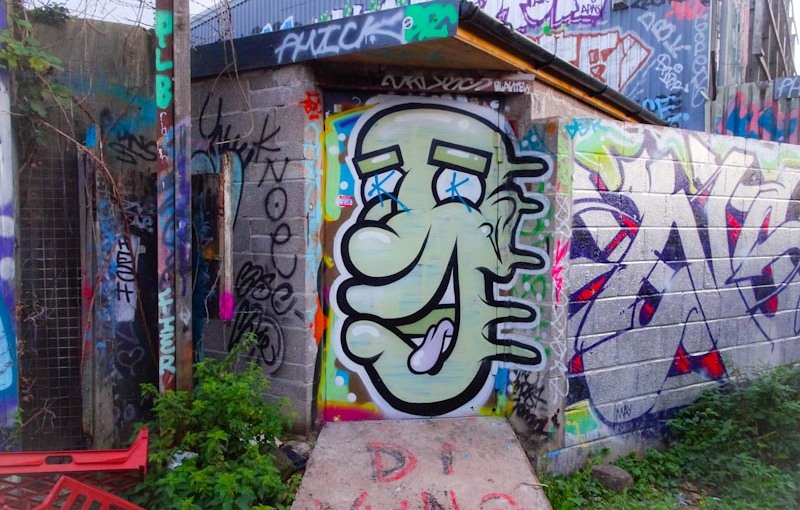 On one of my favourite and rather tatty doors alongside the M32 is this newish piece from Slakarts in his newly perfected style of a three-quarter portrait in cartoon style. This particular version has a kind of melting head effect to the right-hand side.

I think that Slakarts had a long weekend with a little bit of time on his hands and a new concept he wanted to try out, because four or five of these characters appeared around Bristol at about the same time. It is a pity that some idiot got to the piece before I did and inserted a K on each eye, but in this game, you snooze, you lose.