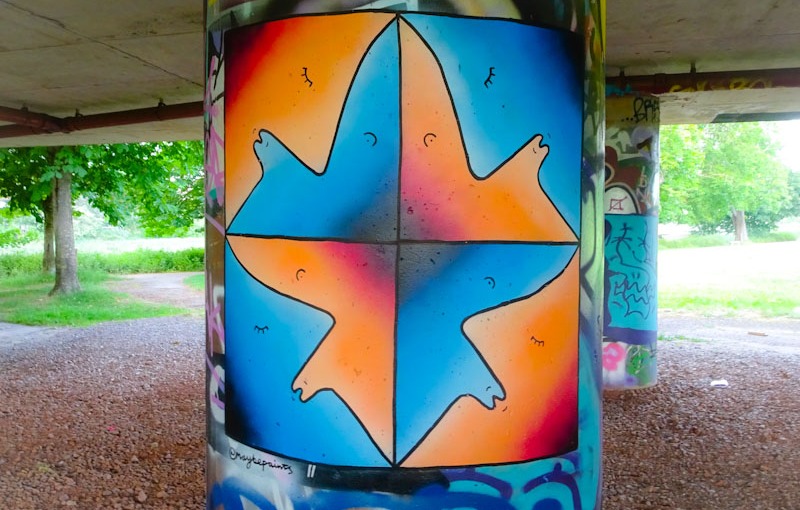 It is that time again to take another little look at the columns under Brunel Way and show you a couple more small pieces from Maybe. There really is no stopping this newcomer who is making a bit of a name for himself.

The quality of his work has improved so much in such a short space of time and he is obviously getting to grips with the surfaces and materials he is using to paint these wonderful creations. There really is nobody else in Bristol doing anything like this. In a way his work reminds me of wheatpaste work, and I would think that his style would suit a few paste ups perfectly. Only saying.

As we would expect, both of these pieces are centred around the single line profile faces that Maybe has made his own, and I suspect that the rainbow colours of the second piece is a gesture toward Pride, which is good to see. Of course there is more to come from Maybe, and a gallery really isn’t too far off.