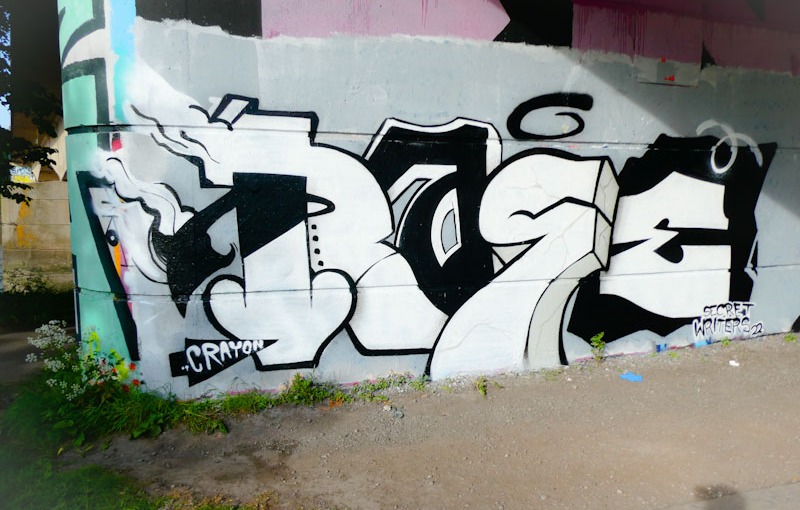 I don’t think that there has ever been a time when I have not been excited to find a piece by Kid Crayon. His work has been at the heart of my love for street art, and he is probably the street artist I have followed most closely over the last six years or so.

This piece is quite unlike anything we might expect from Kid Crayon, but there is a reason for that, He painted it as a part of the Secret Writer name exchange idea, where writers wrote the name of another artist (supposedly anonymously – although Kid Crayon signed this one). He was honouring the artist Rasexone1 and in turn Kid Crayon’s name was written by Magnesone. What a stupendous idea and one that binds the street art community, but a bit confusing for people like me who are trying to untangle and make sense of the whole scene.

In addition, this was the first Kid Crayon piece I had seen in a long time and I asked him, at the Upfest festival, why he has hardly been painting lately. His answer was great news… he has been working flat out with some big commissions, and that for an artist is something to cherish. More posts of his even more recent work coming soon.