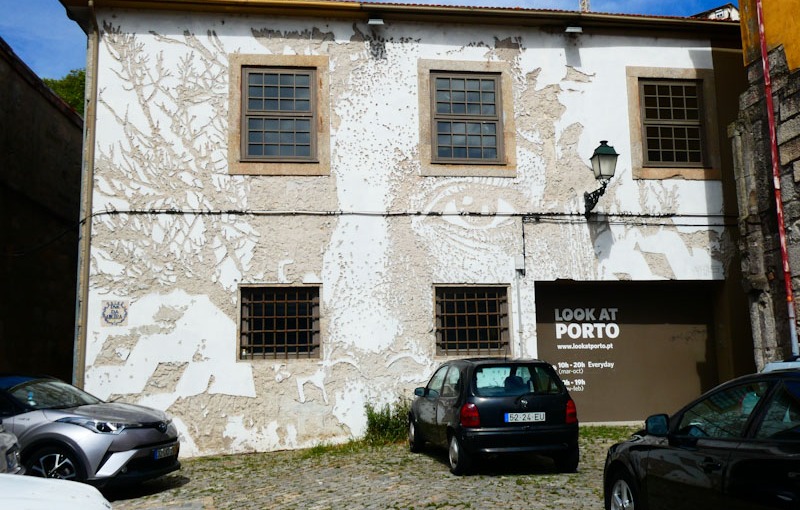 Although I am well aware of the incredibly innovative work of Vhils, I have only ever seen one of his works before and that, rather weirdly, is in Exeter, which I wrote about a few years ago. Vhils has a rather interesting technique, which is to chip away at a rendered wall and ‘etch’ a portrait into the wall, providing enormous texture and depth. Some of his pieces almost look like something printed off using a dot matrix printer (remember those?).

My daughter and I stumbled across this piece quite by accident while strolling along the north bank of the River Douro. At first inspection, I thought that the piece was in some way damaged on the left-hand side, but then realised it was meant to look like a tree blending with a portrait. I always wonder whether this method of ‘sculpting’ does any damage to the building, but I guess it isn’t really my concern. I believe it was created in April 2016, and has barely changed at all since then.