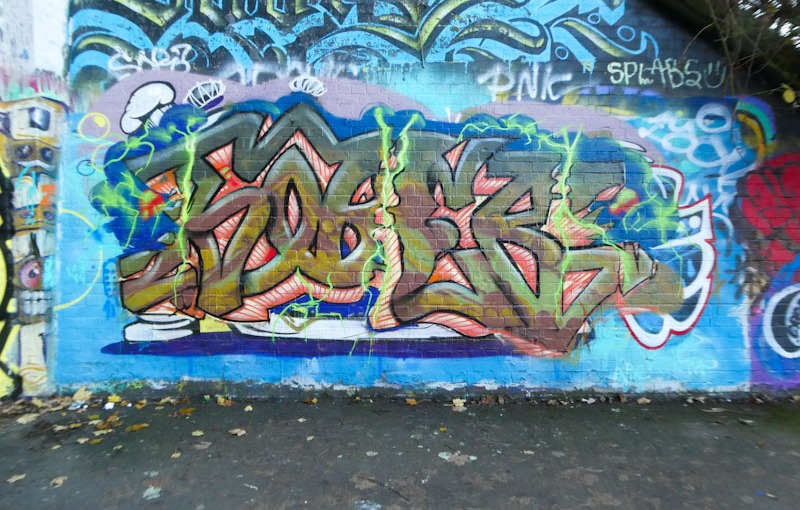 One of the busiest and possibly most impactful graffiti artists in Bristol last year was Klashwhensober. His pieces filled the silent pauses and gaps, such as they were, and it was hard to go visiting the regular spots, without seeing something new by him. I think this piece was painted in two sessions, because I photographed it a few days before I saw the final version and it was only half done, and I wondered at the time whether he had been disturbed, or whether he ran out of paint or light.

Anyhow, the final artwork is superb and his constant practice is without doubt paying off. There is something rather atmospheric about his recent pieces, and he seems to enjoy creating a bit of a narrative, rather than just presenting straight letters. The letters SOBER are being sliced through by green plasma bolts bursting out of the dark blue cloudy background. Lovely letter forms and fills and drop shadows round the piece off really well. I have so many more pieces to share with you from Klashwhensober.