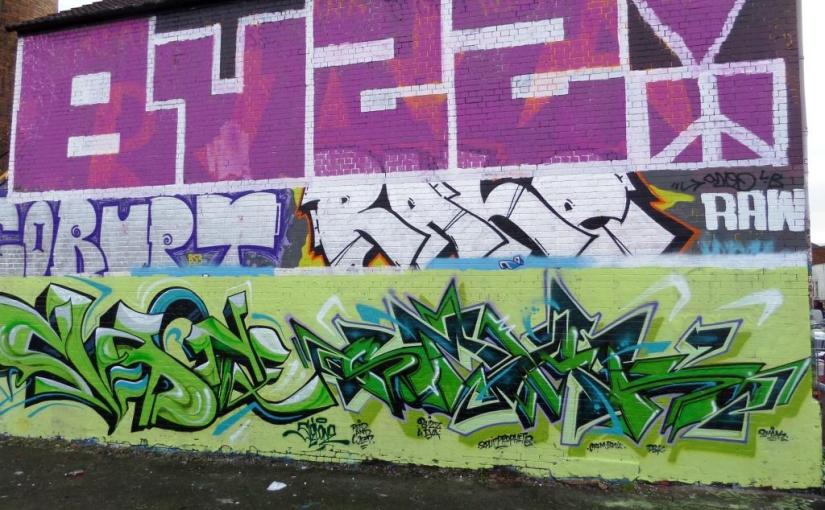 I think I originally archived this one before I had become familiar with the work of either of these artists. The picture, from January 2016, was taken on one of my earlier and infrequent (at that time) sorties south of the river.

I like this collaboration between Sled One and Smak, but it is a partnership that I don’t recall seeing too often. The unusual colour palette is shared by both the artists and works well across the whole wall. Obviously I like the Sled One writing, he can do little wrong in my eyes.

The Smak piece is interesting in that I suspect it is the first of his pieces that I consciously photographed, even though I was not familiar with the artist. I also noticed that I didn’t do a very good job, cropping the edges off either side. I am becoming more familiar with Smak’s work and like what I see. For some unknown reason I was a late adopter with his work.