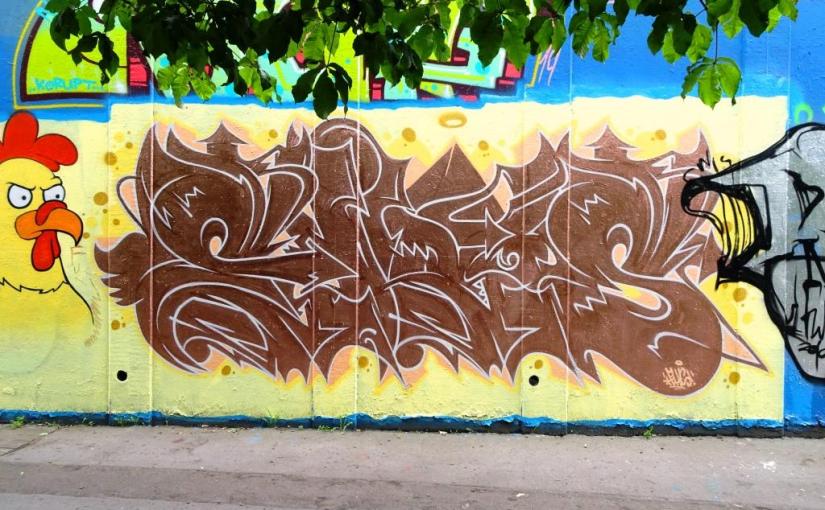 I don’t know what I expected Elvs to look like before I met him but somehow it wasn’t what I saw. Maybe it was that he was much younger than I thought, but then isn’t everyone these days? I have been an admirer of Elvs’ work for a few years now, so it was great to catch him midway through doing a piece.

His work is so distinctive and intricate and appears to follow a general formula, the repetition of which, by his own admission, becomes recognisable as his work. I guess if you have done enough of these things you begin to master every curve and shadow and he seems to turn out perfect pieces every time. He didn’t seem to mind me chatting for a little while… it must be quite irritating having people asking inane questions, but if he was irritated he didn’t show it. Another great piece of graffiti writing from Elvs.