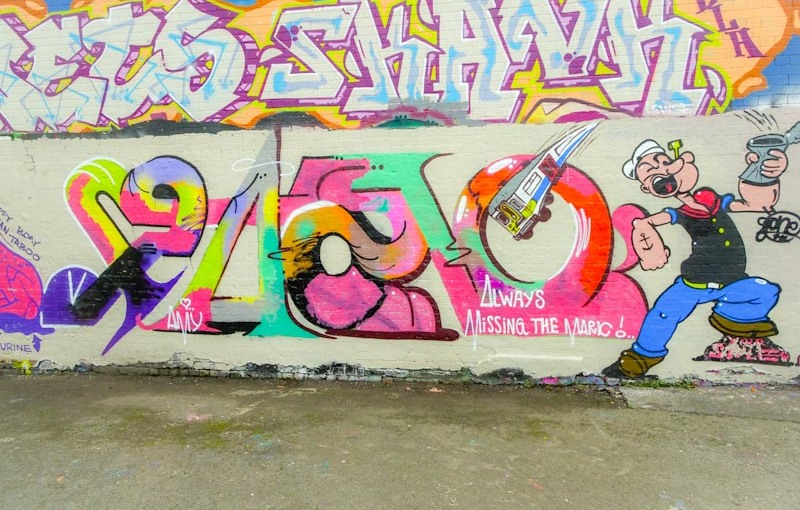 Taboo has been busy again, this time with an uncharacteristically colourful piece in Dean Lane skate park. As with most Taboo pieces, this one is a graffiti writing and character combination and is certainly eye catching.

The letters are unruly as always, not following any strict code of script, rather they appear to be crafted on-the-hoof in an organic creative outpouring. The colours and fills are to be admired and the whole thing is really rather attractive.

Of course, the eye is drawn to the Popeye Character flipping open a tin of spinach, that rather surprisingly has spewed out a train, arcing over his head. What the f…? Whenever I look at pieces by Taboo, I am drawn into a deeply surreal place where anything is possible. This one is a classic.