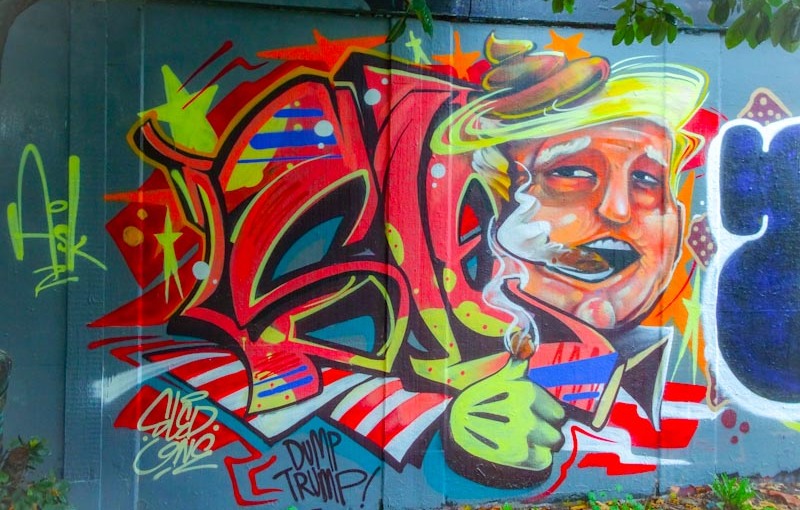 The biggest news of the last two weeks has been the US election and a deep sigh of relief around the world as the Trump experiment seems to have run out of steam. It is incalculable how much damage that man has done to his own country let alone the rest of the world, all in the name of capitalism, selfishness, power, greed, hate, mistrust, vanity. The biggest things missing from his persona are any sense of dignity, empathy or compassion. How did his rise to become POTUS ever happen? What has happened to our world?

Trump has been a rich source of inspiration and material for street artists over the last four years, and this glorious piece from Sled One may be one of the last Trump pieces we get to see. Entitled ‘Dump Trump’ it shows the President in a less than flattering light with a poo coiled on his head.