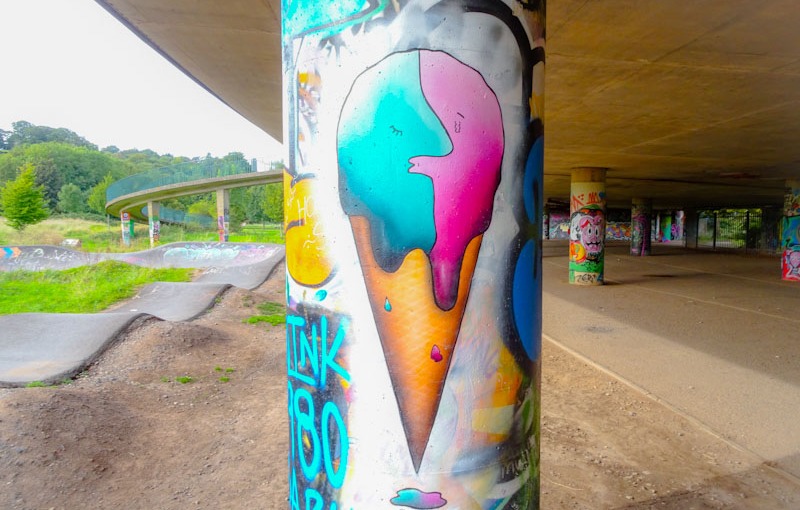 Today I bring you a couple more miniature murals from the king of columns under Brunel Way. Maybe (@maybepaints on Instagram) first appeared on my radar back in April this year, although I think one or two of his earlier pieces had been around for a little while. As time has gone on, not only has Maybe been very productive, but he has also been creative and bold.

The first piece in this post is an ice cream kissing faces concept. The idea of two contrasting forces coming together in a yin and yang manner is a gift for Maybe, and he has done a brilliant job achieving a witty and enjoyable spectacle here.

On a column not too far away is this square face-off, with four pairs of faces in contrasting colours. Maybe has created a lovely effect which is enhanced with the dark vertical shading down the middle, which provides a little bit of depth to the piece.  All good and so much more to come.