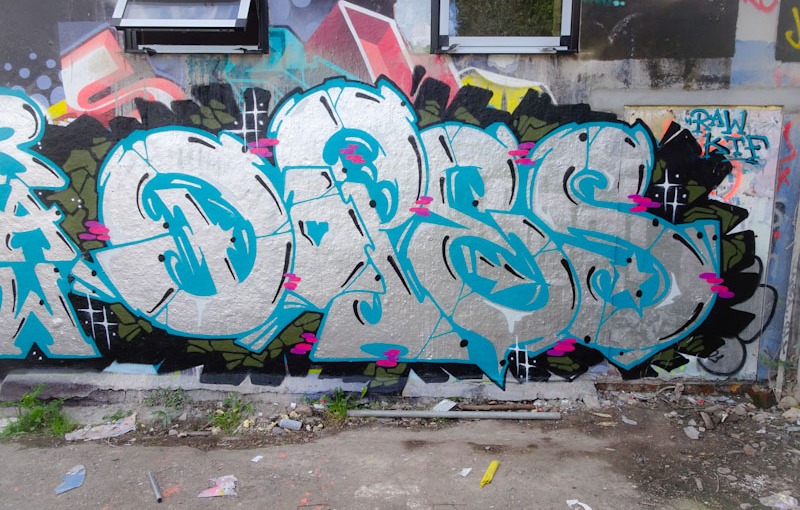 Although I have photographed many pieces by Dopes over the years, I can’t recall ever posting any of them, which is a pity really, because he is a very skilled graffiti writer who has collaborated with other artists (largely from RAW) whose pieces have made it into Natural Adventures. Time to make amends.

While I was photographing this piece, Dopes was actually watching on, unbeknown to me, and eventually he self-disclosed that he was the artist and we struck up a conversation. He was fretting a bit over the colours and some of the detail and was wondering whether to come back and make some small adjustments. I love it that some writers are such perfectionists, for example Rusk is another, that they agonise over a piece even after they have finished it. The lettering in this chrome piece is nicely accompanied by the blue borders and gaps, and the pink dashes just set the piece off really well. More to come from Dopes, and a few forays into my archive are likely.